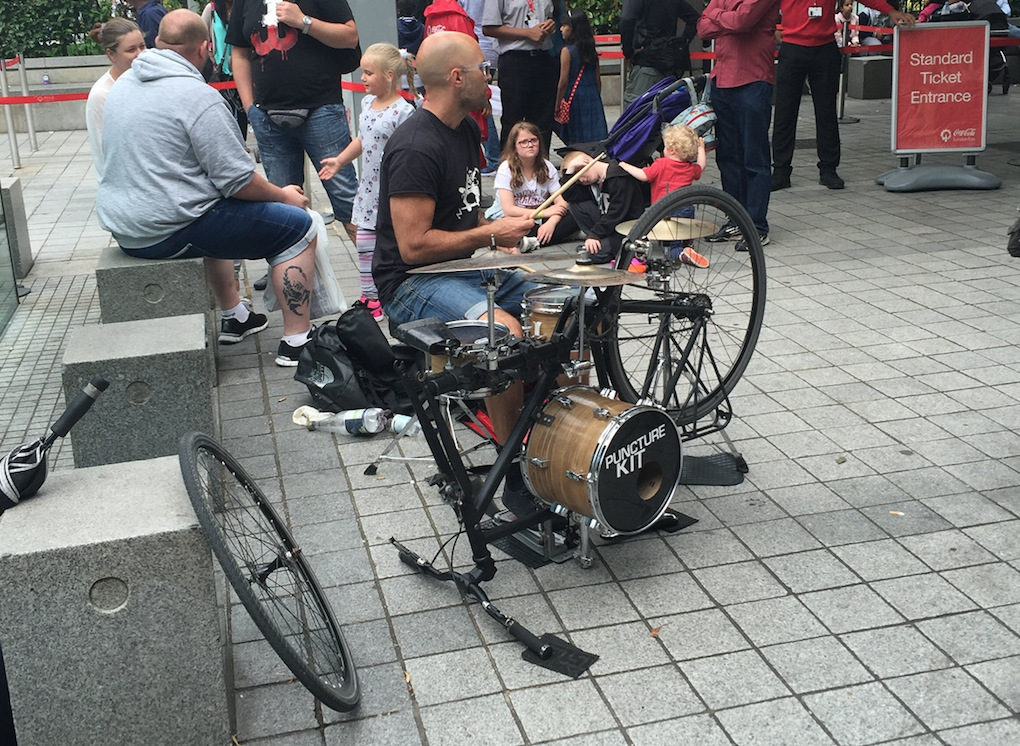 The weekend of the 29th, 30th and 31st of July the anual Prudential Ride Weekend 2016 took place in London, as it does every summer. The idea is to promote the use of bicycles in the capital, with the aim of decongesting motorised traffic, as well as to make people aware of the amount of cyclists riding around London, who often go unnoticed by other drivers, causing several accidents throughout the year.

These days, the city is invaded by bicycles of many types, from families doing part of the route around central London, to more “serious” cyclists making the complete route (from Surrey in South West London to Ilford in the North East), also including  professional stunts offering acrobatic shows.

Below, a short video summarising this weekend’s cycle madness in London!

Although we didn’t participate actively this year, we went to the many of the different places where the events took place. Hopefully next year we’ll be able to participate!